Dr. Theocharis graduated from Athens Medical School and specialized in Ophthalmology at Red Cross Hospital in Athens. He had been working as a retina consultant in Sweden at the Academic Hospital, Uppsala for many years and as head of the Retina Department at SvetiVid Eye Center in Belgrade, Serbia for 5 years. 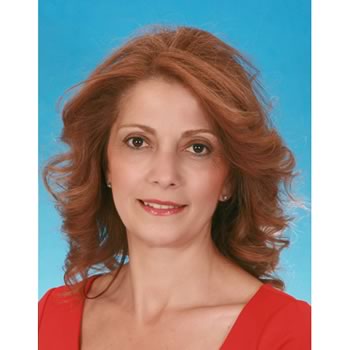 Dr. Anastasia Alexandridou PhD graduated from the Medical School of Bologna University, Italy. She is a doctor of Philosophy of the Pathology Department of Athens University on the pathophysiology of age related macular degeneration. She currently works in private sector in Athens Greece.

Ioannis P. Theocharis graduated from Medical School in 1994. After two years of military service he completed his specialization in ophthalmology clinic at the Red Cross Hospital in Athens.

As a resident he gained considerable experience as a chief surgeon in posterior segment surgery (vitreous, retina, macula) and he was among the first residents in Greece that performed phaco-cataract surgery with anesthetic drops.

He was trained as a fellow in medical retina, macula and ultrasound of the eye at the Vitreous-Macula-Retina Consultants of New York under the supervision of LA Yannuzzi and Y Fisher.

Consequently he was employed in 2002 at Academic Hospital of Uppsala in Sweden as a registrar and he became a senior consultant within a year in 2003 (highest clinical level in the national health system in Sweden).

Dr. IP Theocharis had worked in Sweden for 7 years. From 2008 – 2013 he had been the chief of the retina sector at SvetiVid Eye Center in Belgrade, Serbia, performing advanced and innovative surgeries.

Currently he works as a consultant in Private Clinics in Athens , Greece.

He participates as an instructor in courses and gives lectures in international meetings. He is a pioneer:

Dr. IP Theocharis is a scientific reviewer for international medical journals and speaks English and Swedish.

She concluded her specialization in Ophthalmology at the Eye Clinic of Red Cross Hospital, Athens, Greece.

She sub-specialized in cataract surgery, refractive surgery and medical retina at the Academic Hospital in Uppsala, Sweden.

Dr. Alexandridou has published numerous peer review articles and has presented her research in international meetings. She currently works in private sector in Athens Greece and speaks Greek, English,Italian and French.